Our 3 day ride from Arusha to the boarder with Malawi took us firstly to Segera near the coast (not on the coast) of Tanzania on the first day (where we met 3 Irish overlanders in a Toyota on their way south), then a hefty old chunk from Segera to Iringa (580km). Which then gave us an easy enough day to the boarder the following day, ending us up in Tukuyu. 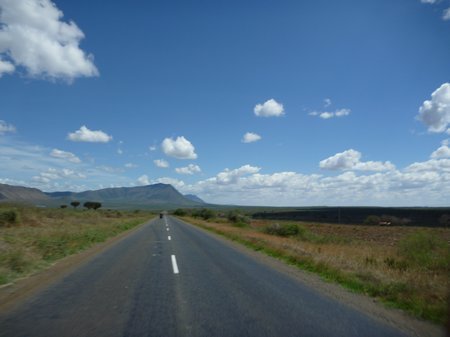 Internet availability was scarce at best, quality: painfully slow (at best); So with that in mind, I’m no longer in Tanzania writing this. However, with the distance left to cover and the things on our list to see, after the safari, Tanzania had very little else to offer except +1000km to Malawi.

Fortunately, our last day in Tanzania was quite good: Craig got to change his chain and sprockets, Cam and I did some meaningful tinkering on our bikes (not sure what though). Oh and I discovered that Daisy does not wish to be silenced. After replacing the baffle in Tiwi beach (a long time ago), I noticed that the whole unit has sheered off and shot out the back of the exhaust at some point since Kenya and the south of Tanzania. The good thing about this is that with the baffle out, I’m running ultra fuel efficient (3 liters/100km)!