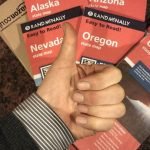 So in the next 2 weeks I’ll be off on another adventure. It has been a little hush hush and very very stressful unlike other trip preparations, It also feels a little fudged and a bit disorganized. But I’m delighted to share this announcement with you all that the fruits of 5 years savings and many other schemes and plans coming together I’ll be off on my merry way to sample the delights of north and central America before heading off to the Antipodes to find a new life there. I anticipate to be on the road for approximately 6 months before leaving Panama and finding my way to Australia/New Zealand.

Here’s a video Synopsis of my Travel Plans

The plan (on map) as it stands roughly looks like this:

View American 2015 in a larger map

Highlights of the Trip

Some of the expected highlights, aside from meeting various youtube characters I’ve become friends with over the past few years will be:

Xilitla and onto Tucson

From Grant onto Cheyenne