Skip to the content
Blog
Neil's in... > Blog > Med Trip 2013 > Greece > Pirsogianni… or somewhere in that vicinity

After waking up to a dark grey day in my tent, I opened up to discover we had camped the night before in a valley that attracted clouds… And to my disappointment everything was soaked. 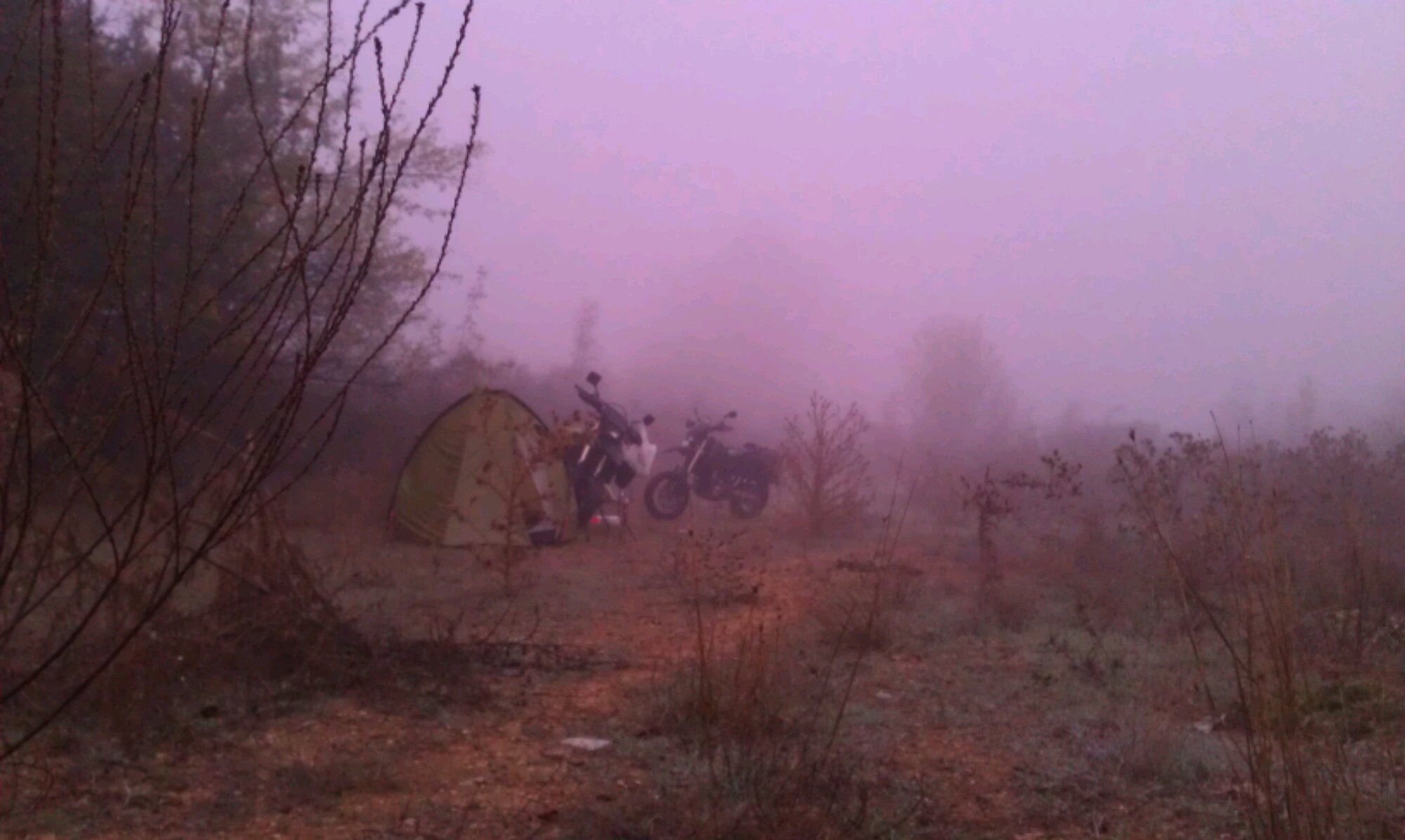 We made eggs and bacon for breakfast and set off into the most.

So yet again Noel and I merrily rode on, soon after going further and further up hill we were up: beyond the clouds and greeted by old men in hi-vis vests with rifles hunting or something, we waved and carried on.

The roads were smaller than the day before add we rode past tiny towns and villages reminiscent of Spain, white washed with terracotta roofs, flower pots hanging on walls and old women dressed in black. 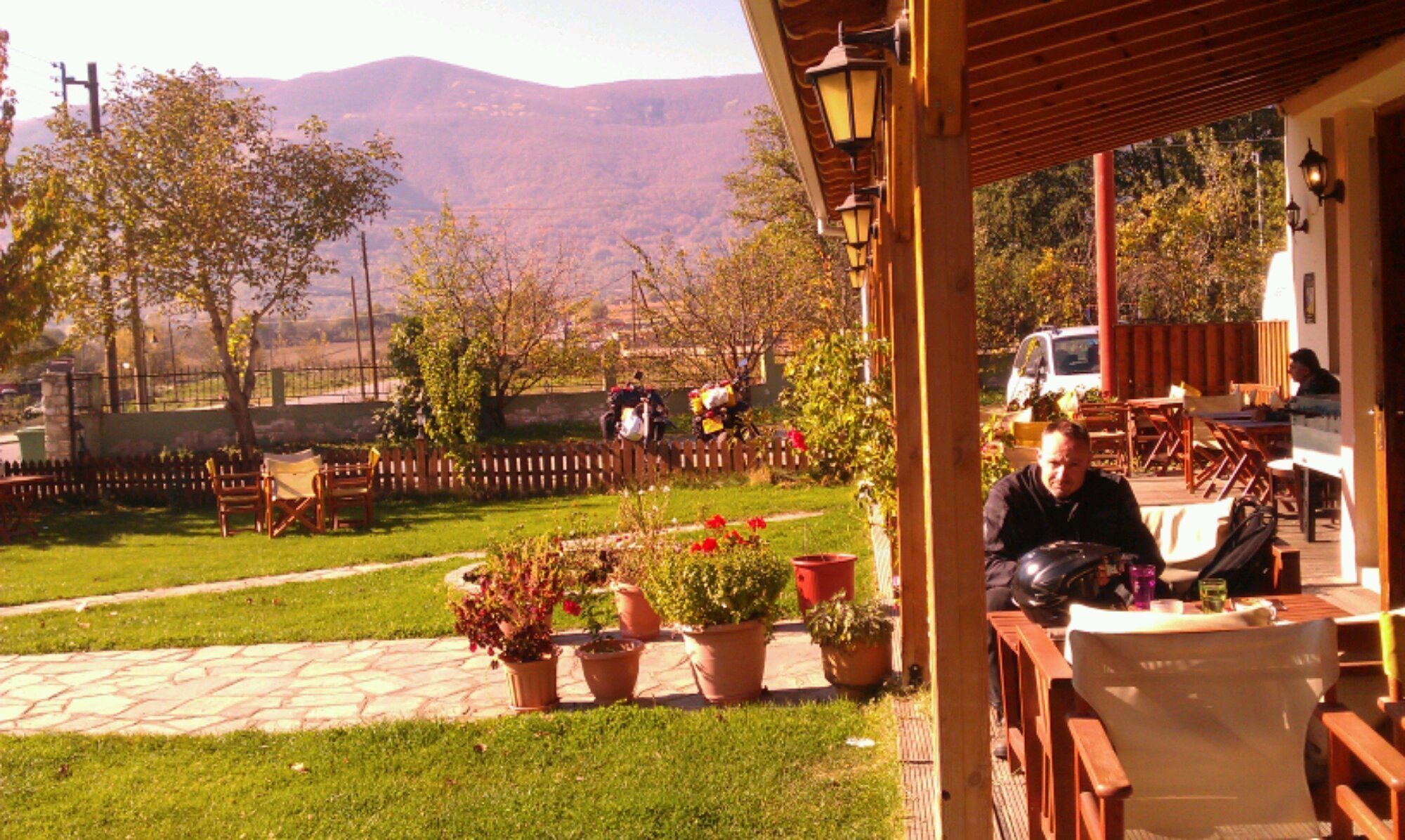 We stopped for a coffee and a nibble and realized the café with a garden we had stopped at had miniature golf… Lively! ….although far beyond neglected.

We pushed on and the roads got confusing by Karastaria(sp?). We tried our best to not go on the motorway and ended up on a gravel road that ended up taking us to a quarry, back tracking the gravel road we continued to try to decipher where we were with Greek names written in Greek alphabet and a Michelin map written in western alphabet. 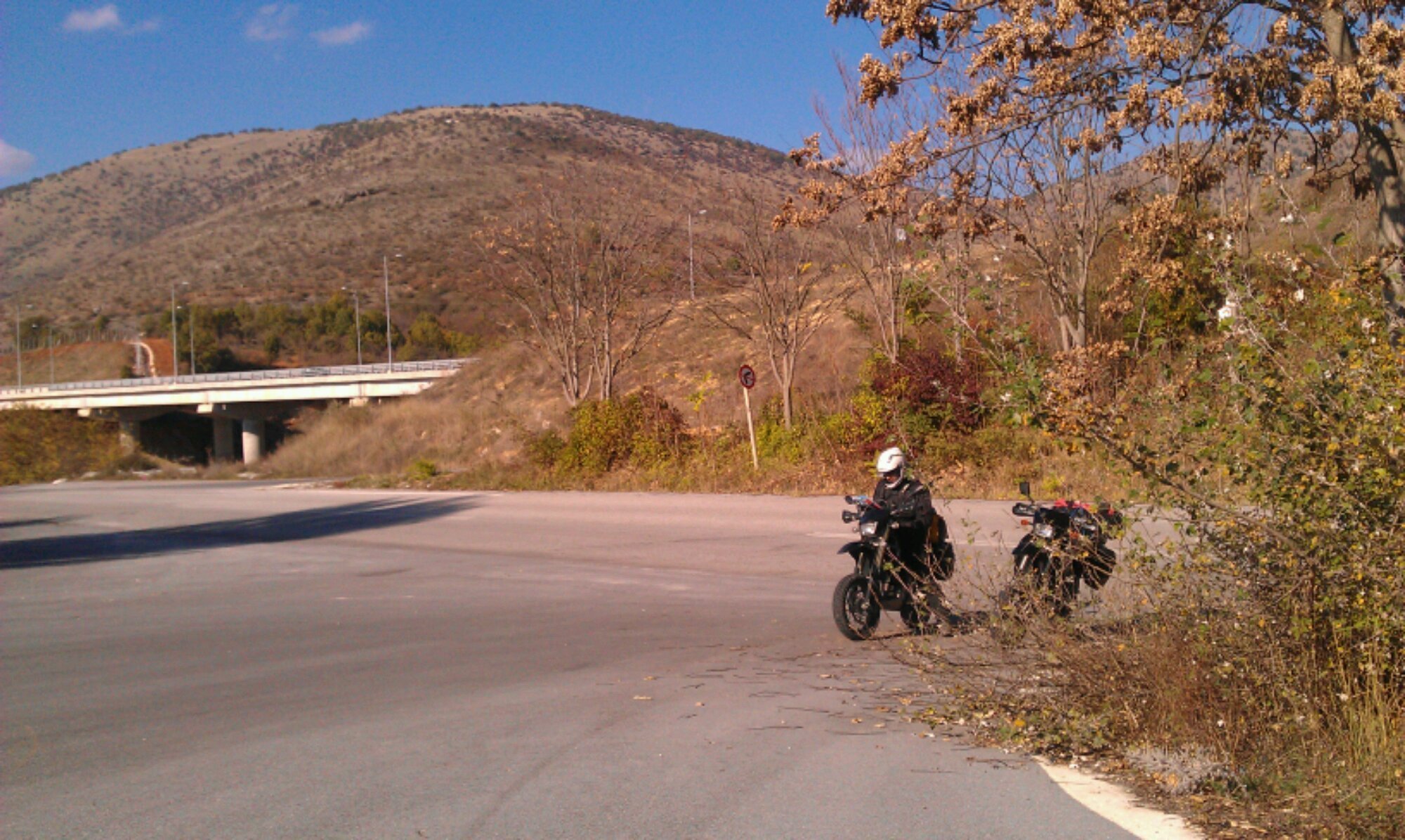 Eventually we got to Naepoli, and on route 20 heading west to… no idea. The landscape changed from alpine to devastated eastern block…to a now Alaskan style terrain. 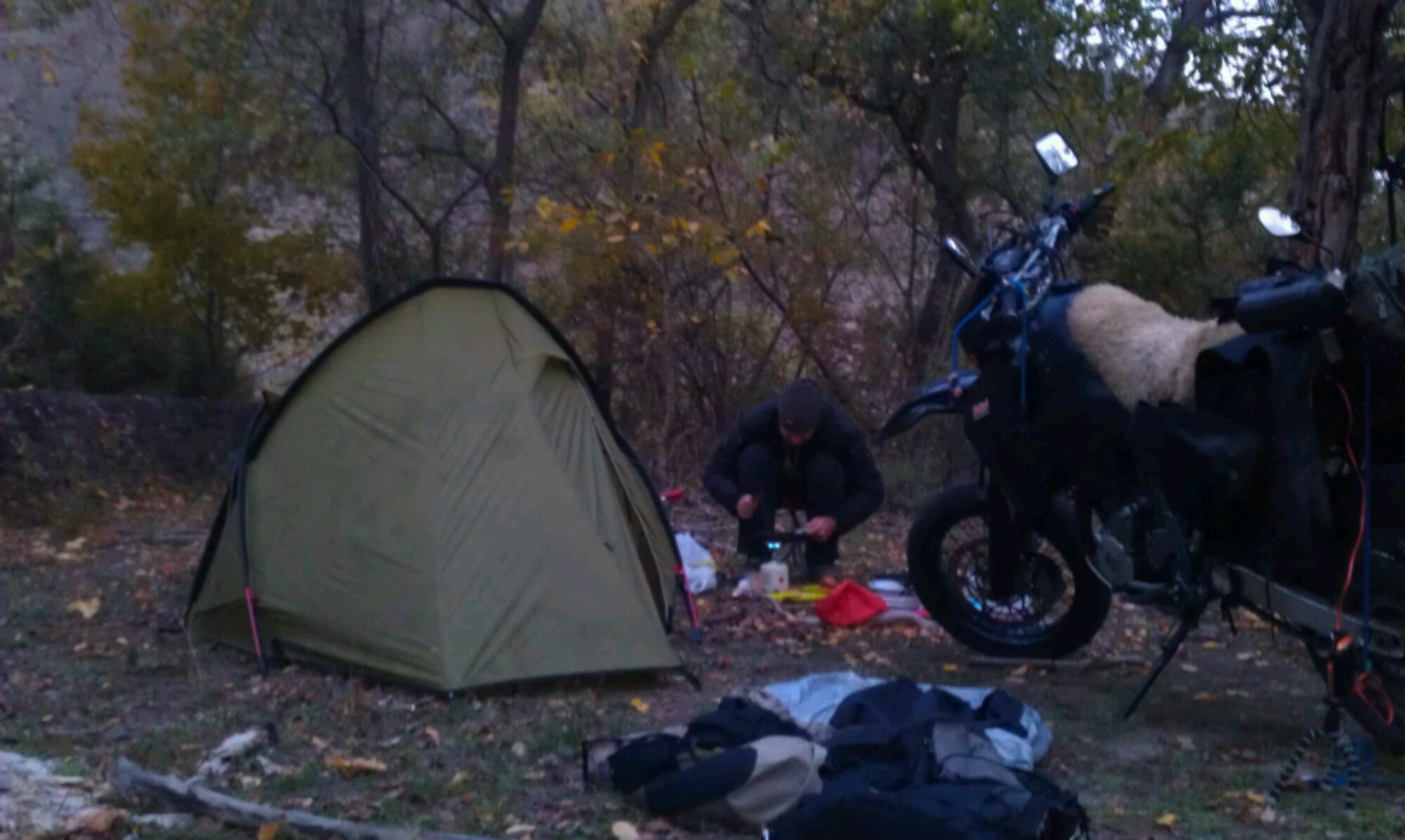 Tonight, we’ve camped near a bridge over a huge river bed. The Alaskan bit comes from seeing these huge river flood plains from one mountain to the next in width without any vegetation. However, we’re hidden in some flat wooded area out of sight of the road.

Our dinner of chopped pork, Halloumi with tomatoes fried up made us feel comforted, but not as much as the fire we just put out made of drift wood we gathered.

This trip is well worth every minute spent in the office!

Cascia… down by a river nearby