Hello again,
Since arriving in Italy, we have only had one opportunity to get on the net. Allow me to debrief you:
Ferry crossing was smooth, windy on deck and uneventful, arriving in Ancona after dark. 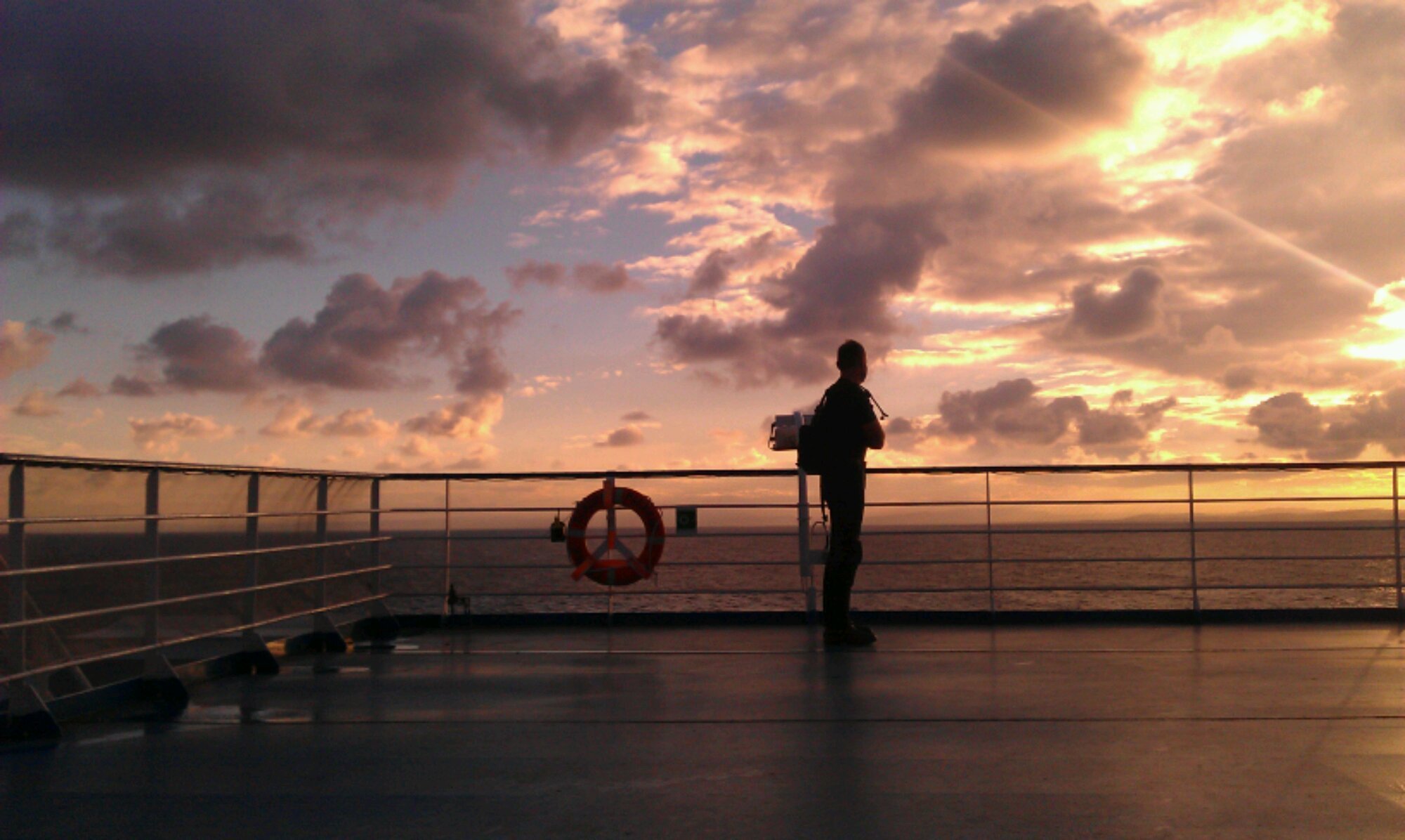 Escaping Ancona in the dark was hellish! After trying to follow behind Noel with his satnav for a while and being lead down industrial estates dual carriageways followed by U-turns (lots of those), we decided on just heading for place names on the map, and before we knew it we were in Osimo. The good news, on one of the stops in Ancona, I found a pharmacist, showed her my Gabapentin pills that have almost finished and was sold a box of them!
The camping after the ferry was found under a bridge after Osimo which served its purpose, also as an Italian fly typing spot (terracotta pots and some building rubble… quite civilized actually). 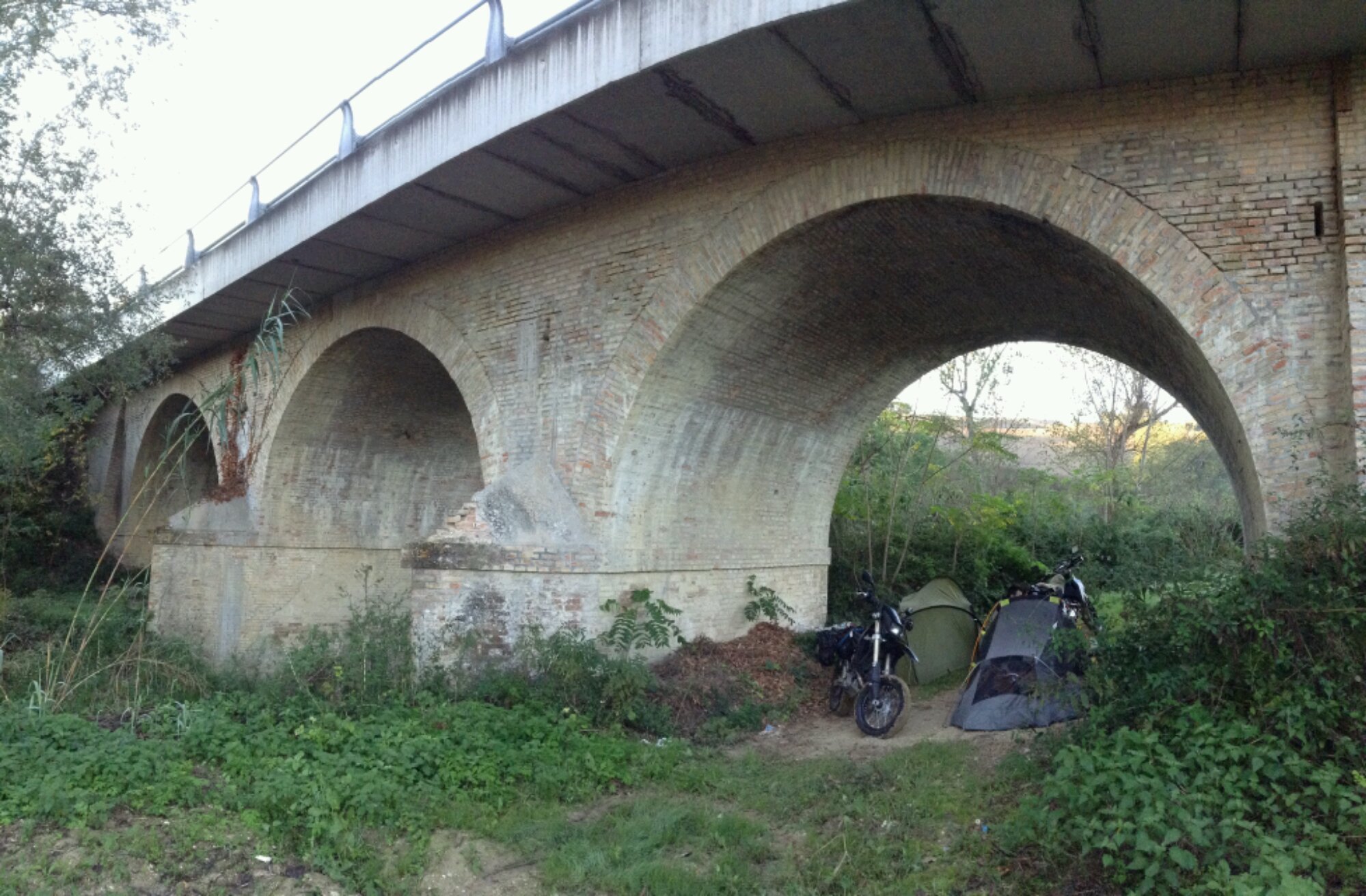 Yesterday morning, we woke to a fresh and wonderful morning, riding through the B roads was fantastic and soon after realizing we were making too much progress, the plan changed… 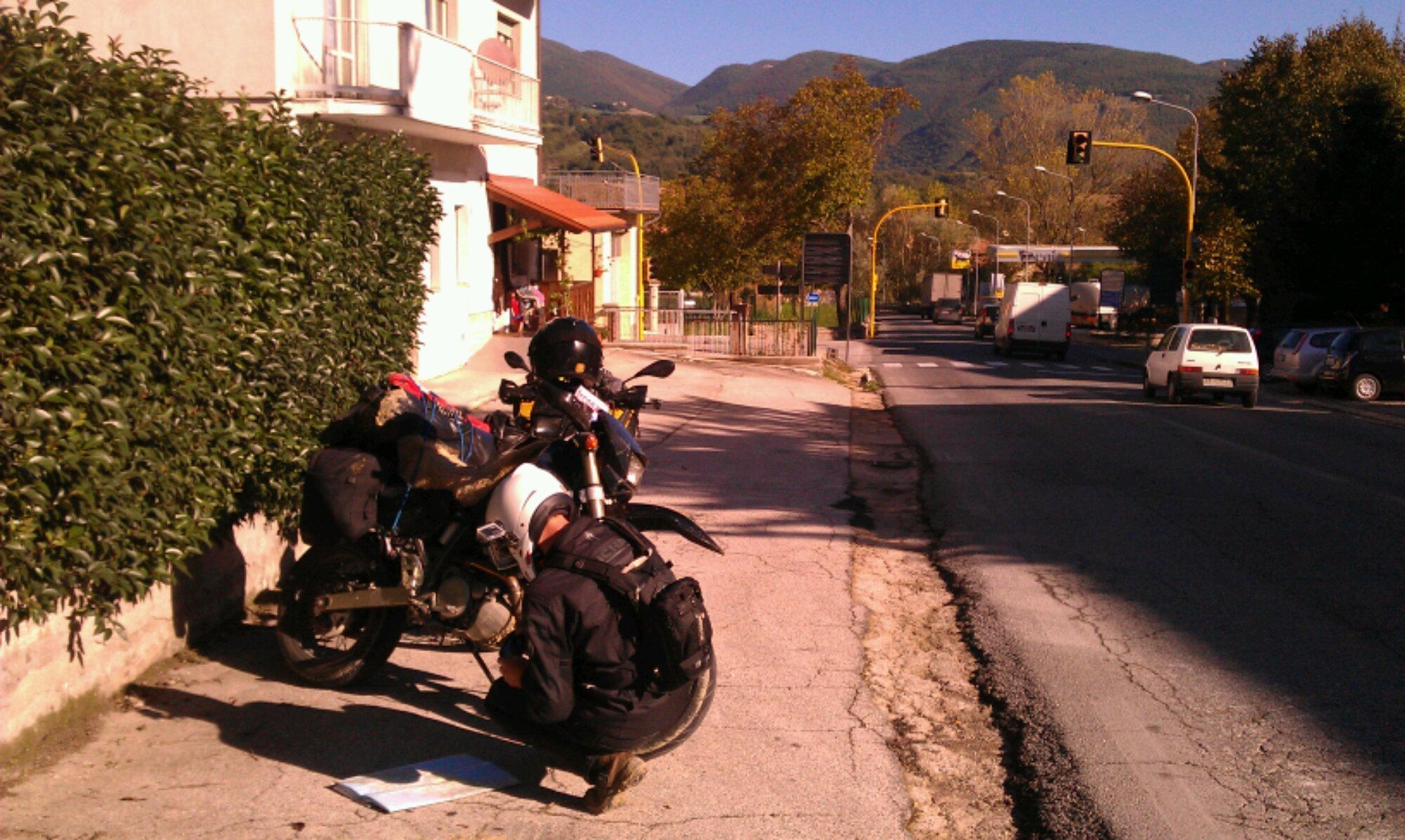 …and we started to prolong our lane riding by taking the C roads… And then eventually seeing old disused roads and riding them through empty valleys on avalanche buried roads… It was a thrill.

Later we made a discovery of an old abandoned village up at the top of a hill, which we rode up to visit and found a newly restored building among the ruins of the village, which we later found upon leaving was restored as a pilgrimage refuge funded by the pope…. It was weird but exciting.

Leaving us until tonight, last night we camped on an access track to the river we were riding beside, it’s quiet, green and perfect.

Today we hope to arrive at Civitavecchia by lunch and book for ferry for Barcelona to arrive there for tomorrow evening.

Getting Ready for Scotland